Your bag is currently empty.

Eye of the Beholder: Societal Beauty Standards Get a Much-Needed Makeover 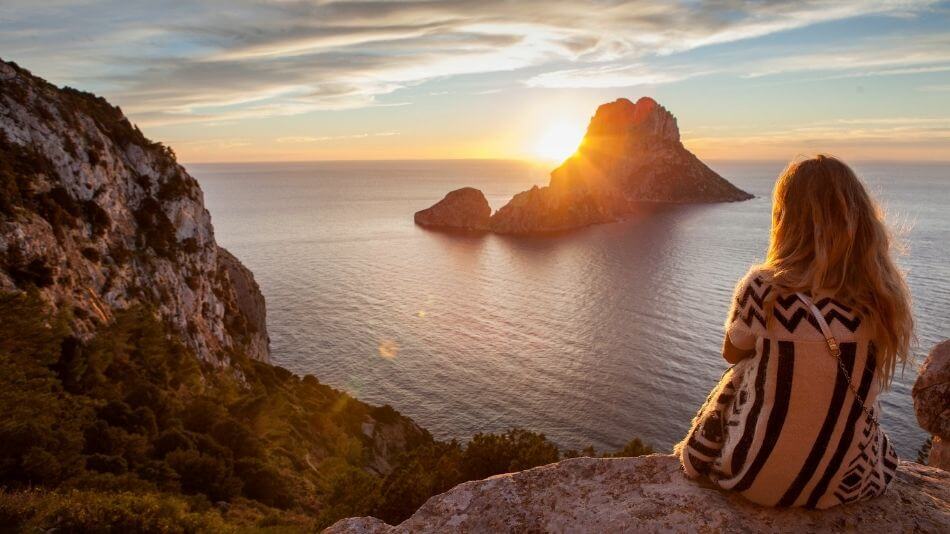 What is beauty? For most of us, societal definitions of beauty play a big part in personal beauty standards. For better or for worse, we’re wired to care what others think about us. This goes for human civilization as a whole and the complex, deeply individual beauty standards of the unique cultures in which we live.

Today, thanks to the never-ending feedback loop that is social media, we’re bombarded by beauty-centric content nearly every minute of every day. Buy this to look like that. Consider, consume, and conform. But while psychologists are just beginning to understand the long-term effects of social media on our well-being, humanity’s relationship to beauty standards goes WAY back—about 25,000 years, to be exact.

Venus Through the Ages

For as long as humans have been recreating the human form as art, we’ve been setting beauty standards for women. The Venus of Willendorf, one of the earliest-known female representations (24,000 B.C.), flaunts a decidedly pear-like shape and pendulous breasts. Experts have debated whether this represents the ideal form or the idea of fertility—or both.

And of course, beauty standards for women have always included radiant skin! The earliest historical record of skincare and cosmetic use dates back to ancient Egypt (3,100 B.C.), where women accentuated their eyes with kohl and applied scented unguents to keep their skin supple. Thousands of years later, self-care queen Cleopatra took the idea of a daily ritual to absolutely baller levels, bathing in turmeric-spiced donkey milk with salt from the Dead Sea. 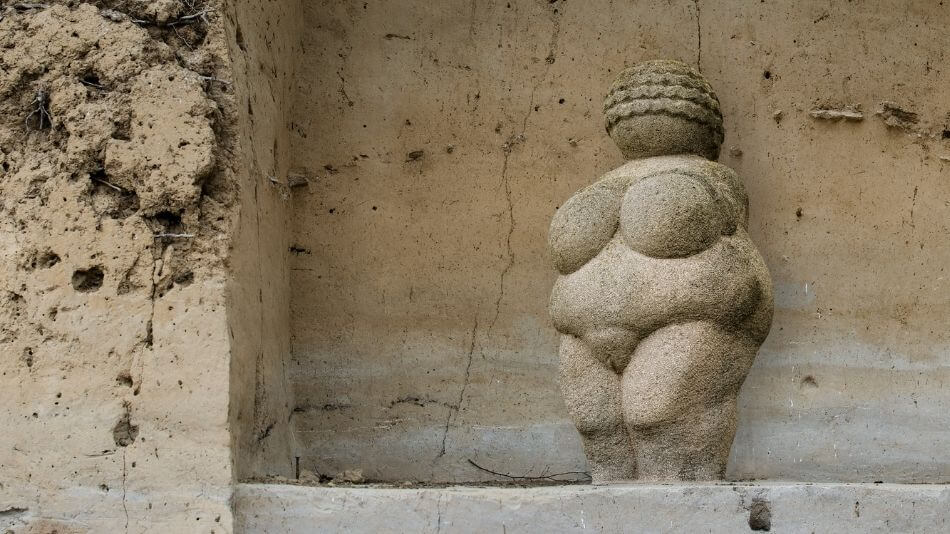 Many cultures—including our own, at times—have celebrated womanly curves. Aphrodite, the ancient Greek goddess of beauty and sexual love, was quite the brick house; another Venus, de Milo, is a great example of this. In fact, as any armchair art historian will tell you, the ideal woman was consistently soft and full-figured, well through the 18th century. Curvy-girl fanboy Peter Paul Rubens depicted his women as pleasingly plump, with the meticulously rendered rolls and dimples that ultimately coined the adjective “Rubenesque.”

Unfortunately, bending and binding a woman’s body to match the whims of societal beauty standards is not a new thing. Chinese royalty likely began the peculiar and painful practice of foot binding as early as the 10th century and continued for more than 100 years.

But it wasn’t until the late Renaissance period that Western beauty standards started to have a physical impact on women’s daily lives. And then, as now, it’s all about proportions.

As art increased its influence on beauty standards, real women struggled to make their natural proportions measure up to the big-boobs-tiny-waist-curvy-hips ideal. Enter the corset: a surefire way to wrangle what your mama gave you. American illustrator Charles Dana Gibson famously celebrated this aesthetic. His “Gibson Girl”—her tousled updo and bedroom eyes belying just how long it would take to get her out of that complicated getup and into an actual bed—drove fashion and beauty standards for at least two decades.

And, while ivory skin has been an enduring goal across a variety of cultures and time periods, the rise of Western industry made getting “the look” just a little more dangerous. Beauty products during this period included whitening powders made from white lead and mercury and hair-removal poultices made from vinegar mixed with cat dung or quick-lime. The latter was known for removing a few layers of skin along with the hair. Thank you, next.

As the century turned, so did our heads—away from constricted, corseted curves and toward a slender, athletic shape. And, while ideal female proportions (as defined by bust-to-waist ratio) would continue to fluctuate from decade to decade, it seems that slender is here to stay. In the 1920s, the flapper physique, along with the fashions that supported it, demanded A-cups and narrow hips. It’s no coincidence that this aesthetic in praise of bodily perfection sparked the earliest known epidemic of eating disorders. 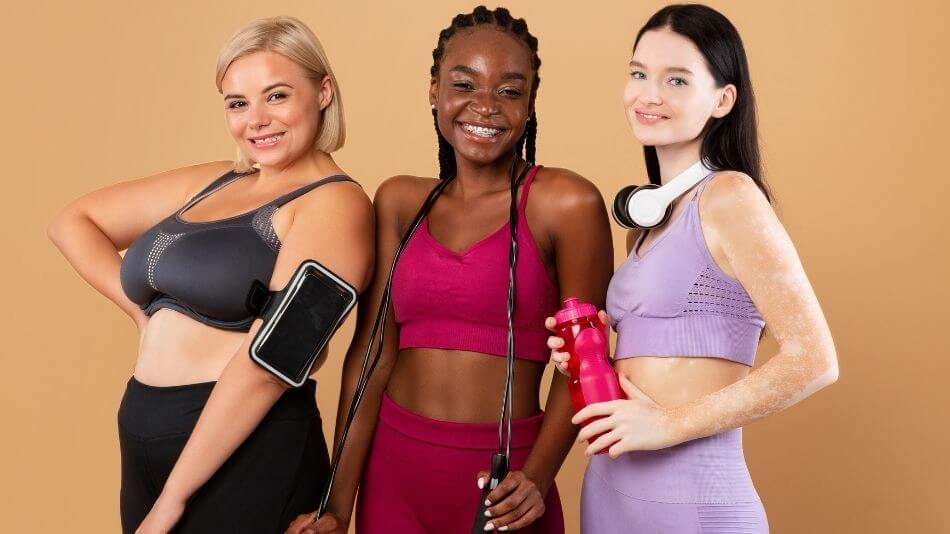 The Great Depression gave us all a much-needed wake-up call, as hunger became a circumstance rather than a choice. Slimmed-down curves came back into fashion in the 1940s, not just as a standard of beauty but also as a symbol of success. Peruvian pop-artist Alberto Varga’s gorgeously stylized pin-up girls set a global standard, as well as a brand-new timeline. The public now demanded a fresh fix of painted calendar cuties every month.

So it’s no surprise that publications like Playboy (first issue: 1953), along with real-life pin-ups like Marilyn Monroe and Jayne Mansfield, followed suit. Platinum coifs forced new safety standards on the haircare industry; we started regulating skincare and cosmetics, too. Whew! But if beauty itself is fleeting, beauty standards are downright fickle. The 60s and 70s would elect a new sheriff—feminism—and she would turn out to be a very complicated ladyboss.

While books like “The Feminine Mystique” (Betty Friedan, 1963) and “The Stepford Wives” (Ira Levin, 1972) suggested that women “free themselves” from the virtual girdle of societal standards, the media was simultaneously shoving Twiggy and other lithe-limbed models in their faces. Foundation garments were simply replaced by diet and exercise. Freedom, in the immortal words of Kris Kristofferson, really was just another word for “nothing left to lose.”

The 80s gave us supermodel glamazons like Cindy and Naomi; the 90s gave us Kate’s sultry heroin chic. The aughts? Skinny brows and jutting hip bones in low-rise jeans. Over the past decade or two, we’ve been making our way back toward the hourglass—albeit an engineered one—thanks to Kim K. and her fans who follow her every move on Instagram.

But there’s a surprising upside to social media and its impact on beauty standards, and we are HERE. FOR. IT. Because for every Kylie-kid who’s up late researching lip fillers, there are 100 Lizzo-lovers out there, learning to celebrate the body they were born with. Remember Alek Wek’s first Elle cover, in 1997? Her beautiful black skin, arresting bone structure, and barely-there afro didn’t conform to any particular standard of beauty, it was a beauty standard. This bold and unabashed beauty signaled the start of a critical sea change that’s finally building to tsunami proportions today. If anything is trending now, it’s inclusivity and acceptance. The freedom those early feminists dreamed of? It’s all yours, ladies! And gentlemen. And enbys. And transpersons. And everyone.

At Tru Alchemy®, we’ve known this all along; self-acceptance is the very foundation of our skincare brand. It’s not a new concept; all we’ve done is help you carve out a few essential moments of every day to be present. To go inside. To love who you are in this moment. And while we’re discussing unexpected silver linings, it seems the pandemic had one for us, too. If we learned anything last year, it was the value of looking within...and that insight is 20/20.