Your bag is currently empty.

Mercury Retrograde 101: What Is It and How to Handle It 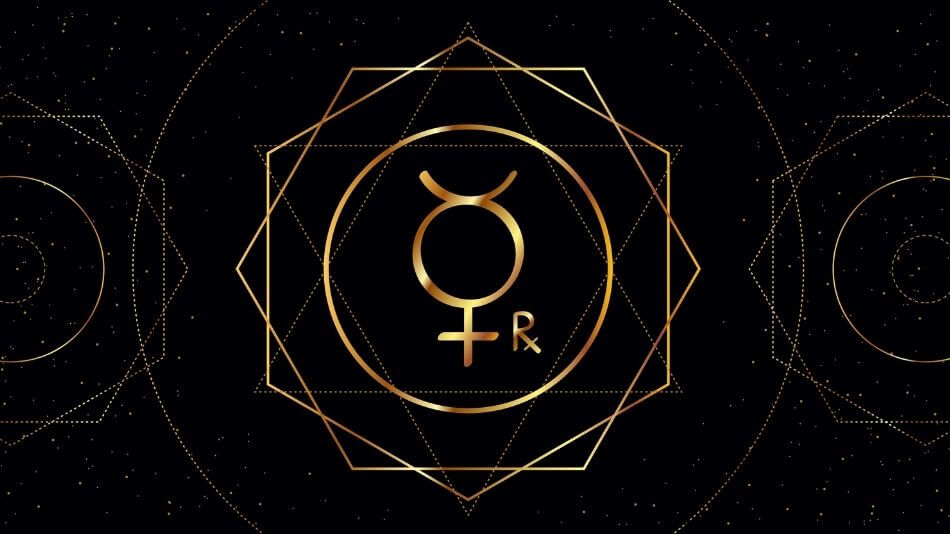 You’ve likely heard of Mercury in retrograde being a common culprit for mishaps and woes, but does anyone really know what it means. Basically, it refers to a planetary transition, not unlike a new moon or full moon, so why does it get such a negative spin?

It’s believed that Mercury in retrograde phases can affect specific areas of life in adverse ways. However, knowing the secrets can give you a chance to unplug, use the time as a gift, and emerge unscathed.

So, let's dive into the celestial realm of all things Mercury in Retrograde so we can move away from chaos and embrace this cosmic opportunity.

What does it mean when Mercury is retrograde?

This phenomenon is actually an optical illusion. Retrograde means “to regress.” When Mercury goes retrograde, it's simply passing the Earth in its journey around the Sun but appears to be moving backward from our vantage point.

The planet Mercury, named for the winged messenger in mythology, is associated with communication, information, travel, and logic. From our earthly perspective, during Mercury’s transition, those become elusive. All orderly and mundane things like relying on our devices, making travel plans, and clear thinking can feel scrambled.

How many times have you felt like a text exchange went totally awry, missed a flight due to delayed notifications, or bungled an important Zoom? It could have been that precarious planetary period we love to hate.

So, when it’s retrograde, we must anticipate minor snafus, glitches, delays, and miscommunications.

Can Mercury in retrograde be a positive thing?

We rarely pause and correct course. Our suggestion? Embrace the ethereal period for its potential to reassess. Then, when Mercury re-aligns, you can move ahead on more solid ground and with a clearer path forward.

Do other planets ever go retrograde?

All of the planets have zodiac retrograde phases. Mercury's retrogrades are more frequent than the others because of its proximity to the Sun. Every planetary retrograde has a unique meaning and a different effect according to what qualities represent and rule each planet.

How often does Mercury in retrograde happen, and when?

Mercury goes retrograde three to four times every year, and each phase lasts about three weeks.

and September 9 to October 2nd.

What To Do When Mercury Is in Retrograde

This is a great reminder that our minds and bodies could use relaxation and rejuvenation. It's generally a stellar time for internal reflection and selfcare. Selfcare can be practiced in different ways, like journaling our scrambled thoughts, tidying our space of clutter, and spending extra time with your skincare ritual.

Try applying Tru Alchemy Mystic Mask to tone, soften, and purify the skin. While it works its magic, set an intention and do some simple breathing exercises. Mercury’s influence of mayhem will feel like it drifted a million miles away into the cosmos.

What Not To Do When Mercury Is in Retrograde

Buying a house? Accepting a job offer? Signing contracts? You might want to wait and just take a breather so you don’t miss any important details. Mercury in retrograde affects technology and travel as well, so just pay close attention to dates and other details.

Overall, since communication can be so frazzled during this time, be sure to double-check the fine print and make sure that everything is aligned with your true intentions. The key to working with Mercury, rather than against it, is to go slow and steady.

Being impulsive can mean anything from overreacting to being reckless. It’s better not to make any assumptions or draw conclusions before acting on them. Since communication is up in the air, it’s better to give someone the benefit of the doubt or make extra attempts to understand others.

Generally speaking, you want to think before you act. You might feel the urge to say something you’ll regret or be more candid than you should, but keep it calm, cool, and collected.

The energy of Mercury in retrograde is all about revising and finessing things from the past. Channel that energy into finishing up loose ends and completing tasks that have been ongoing and lingering. You don’t want to forge ahead on new ground without giving yourself time to think on it.

You might get a sudden momentum behind a new idea. That's okay! If new opportunities present themselves, just proceed with caution before jumping in and making commitments.

This period of time can cause everything from light stress to full-on panic, so it’s important to remember not to panic or fret. Hiccups come with the territory, and everything that could go wrong, can and will. On the other hand, this can be a great opportunity to check in with others who are likely under similar stress. This can be turned into a great gift of connection and rest if we roll with it.

Surround yourself with calming and grounding energy, and you’ll weather the storm. Remember that everyday stress takes a toll on our wellness and beauty, including our skin. So it’s important to protect ourselves with what centers you! We love practicing gratitude, stargazing the constellations, and replenishing our skin barrier with Tru Alchemys heavenly Quench Crème.

This is your sign to make a positive association between Mercury in retrograde and your wellness ritual. Think of this as a golden and opportune period to reflect, reassess, and reconnect with ourselves. Do what nurtures your mind, body, and spirit. Log out and slow way down until we’re in the cosmic clear.